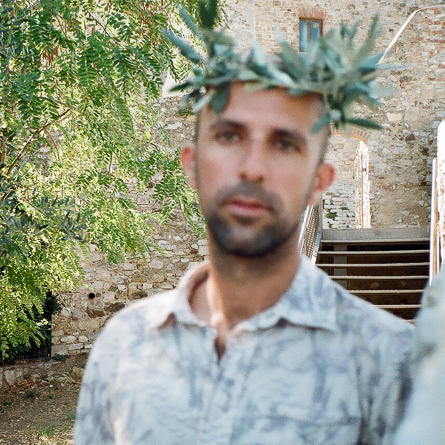 Christian Friedel’s Everyman Elser in 13 Minutes The Berlinale would not be the Berlinale without its annual Nazifilm in competition, and last year’s WWII melodrama, The Monuments Men, was yet another testimony to the genre’s narrative fatigue: The GIs having… END_OF_DOCUMENT_TOKEN_TO_BE_REPLACED

One man, a native, travels the river, and the river carries him to the destination he does not yet know he seeks. Another, the foreigner, forces the river into his mission—maps it, abstracts it. The river is the same river—potent,… END_OF_DOCUMENT_TOKEN_TO_BE_REPLACED

The ghost-faced character is nobody. Nobody so that he can be everybody. His face is beautiful, but with a beauty that is barely memorable, because it is average, a computer-generated number, an overlay, a face that is at the same… END_OF_DOCUMENT_TOKEN_TO_BE_REPLACED

The jurist Trebiatus defines the profane as that which is “Sacred or religious, and is then restituted to man’s use and property,” and this definition launches Giorgio Agamben’s “Eloge of Profanation.”1 The initial movement of pornography, as Agamben writes, was… END_OF_DOCUMENT_TOKEN_TO_BE_REPLACED

Spheres Virtual reality is really a sly misnomer, for as a survey of the variety of experiences at hand (or eye?) in the Second edition of the VR pavilion in 75th Venice International Film Festival reveals—there is nothing more real… END_OF_DOCUMENT_TOKEN_TO_BE_REPLACED